Preparing to be the next generation of leadership

Groner Fellows have gone on to become chief executives, presidents and high-ranking leaders at some of the top health care systems and organization in the world. Meet our current Fellows, and future leaders.

Caitlin is a Wisconsin native who completed her undergraduate degree in healthcare administration at the University of Wisconsin-Milwaukee. A collegiate athlete, Caitlin was recruited to play her final year of eligibility as captain of the women’s volleyball team at the University of Memphis, where she earned her master’s degree in healthcare administration. She would go on to complete an administrative internship at the Orthopaedic Hospital of Wisconsin in Glendale working directly under the hospital’s Chief Executive Officer. She then moved to Memphis to join the Baptist Memorial Health Care family as an administrative resident and graduate assistance. Caitlin has found joy in understanding the operational flow of all of Baptist’s hospitals, from the system level and regional sites, and being mentored by various leaders throughout the Baptist Memorial Health Care system. 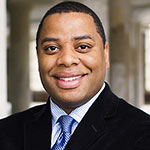 Kevin Redd is a native Memphian who is invested in his home community and who has dedicated his life to improving the lives of other people. Kevin has been with Baptist for over seven years and, prior to becoming a Groner Fellow, worked in clinical integration at Baptist Memorial Health Care. Through the Groner Fellowship, Kevin has enjoyed learning the intricacies of hospital operations and how they fit into a large complex health system. A graduate of Harding University in Searcy, Arkansas, he serves as a minister at Millington Church of Christ. Kevin is married to Jules and they have three children: Karson, Eden, and Nyla. 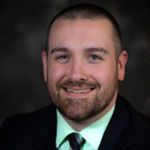 Micah was born and raised in Waterloo, Indiana, along with twelve other siblings. He received his bachelor’s degree in management and human resource management from the Kelley School of Business at Indiana University-Purdue University Indianapolis and his master’s degree in business administration from the University of Alabama at Birmingham. He will receive a second master’s degree in healthcare administration from the University of Alabama at Birmingham upon completion of his administrative fellowship. Prior to graduate school, Micah spent time in an operational capacity as a manager in the environmental services department at Le Bonheur Children’s Hospital. During graduate school, Micah spent time interning at Wellstar North Fulton Hospital where he worked on a broad range of topics consisting of strategic initiatives, patient throughput, and process improvement. Additionally, Micah worked part-time with the UAB cancer service line in a network capacity on projects with the and UAB Cancer Network. Micah joins the Baptist Memorial Healthcare Corporation team with a passion to serve and help others flourish and to play a part in supporting the health of the communities they serve. Outside of work, Micah enjoys Memphis BBQ, hiking, disc golf, and spending time with friends.